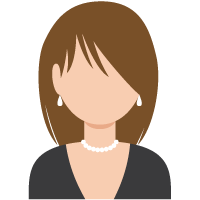 Yo! My name is Rita. I live in a wonderful property which is located on the outskirts of Brisbane. We built this place from the ground up. It is my dream home and one that I designed myself. One problem we faced was how we were going to power the property. I called in a team of electricians who were able to connect my property to the mains power supply. They then wired my house and installed the fuse box. They did a great job and I learnt so much from them during their time working for me. I hope you find this blog useful.

If the electrical wiring in your retail premises has not been replaced for many years and you have started to notice problems (such as the fuse box overloading, burn marks around plug sockets and flickering lights), then it's important to have a commercial electrician rewire your premises as soon as possible. Read on to find out why:

To maintain your professional reputation

Electrical problems in your retail premises could potentially have a negative impact on your enterprise's reputation if the problems in question are severe enough for customers to notice.

If for example, the lights which illuminate the stock you display on your shelving units are constantly flickering or randomly switching off, or if there is a burning smell emerging from the plug sockets around the store, this may give your customers the impression that you either cannot be bothered or cannot afford to have the necessary electrical repairs carried out.

It may even lead them to conclude that your premises are not safe to spend time in (as a burning smell could indicate that there is a risk of an electrical fire breaking out). This, in turn, could deter them from purchasing items from your shop and thus reduce your profit margin.

As such, whilst having an electrician rewire your entire premises will, of course require a substantial investment of both time and money (as in addition to paying for the services of the electrician, you will also have to incur the cost of replacing the flooring and wall plastering after the rewiring has been finished) it could actually improve your enterprise's profitability in the long run, by ensuring that you do not lose customers.

To prevent damage to your premises, equipment and merchandise

One of the biggest problems with old electrical wiring is that is can significantly increase the risk of a fire breaking out. An electrical system which was installed a few decades ago is simply not equipped to handle the quantity and power of the appliances and gadgets that are used in most commercial businesses today; as a result of this, these old systems are more prone to overheating.

If your electrical system overheats to the point where the wiring begins to spark, a major electrical fire could break out. If this happens at night when your premises is unoccupied and there is, therefore, no one around to immediately extinguish the flames, the store itself, as well as all of your business equipment and merchandise, could be destroyed in less than an hour. Repairing this type of damage could take months and would, in all likelihood, cost an enormous amount of money.

In contrast, the process of having your premises rewired could be completed in a less than a week and would cost a fraction of the price of repairing a fire-damaged building.